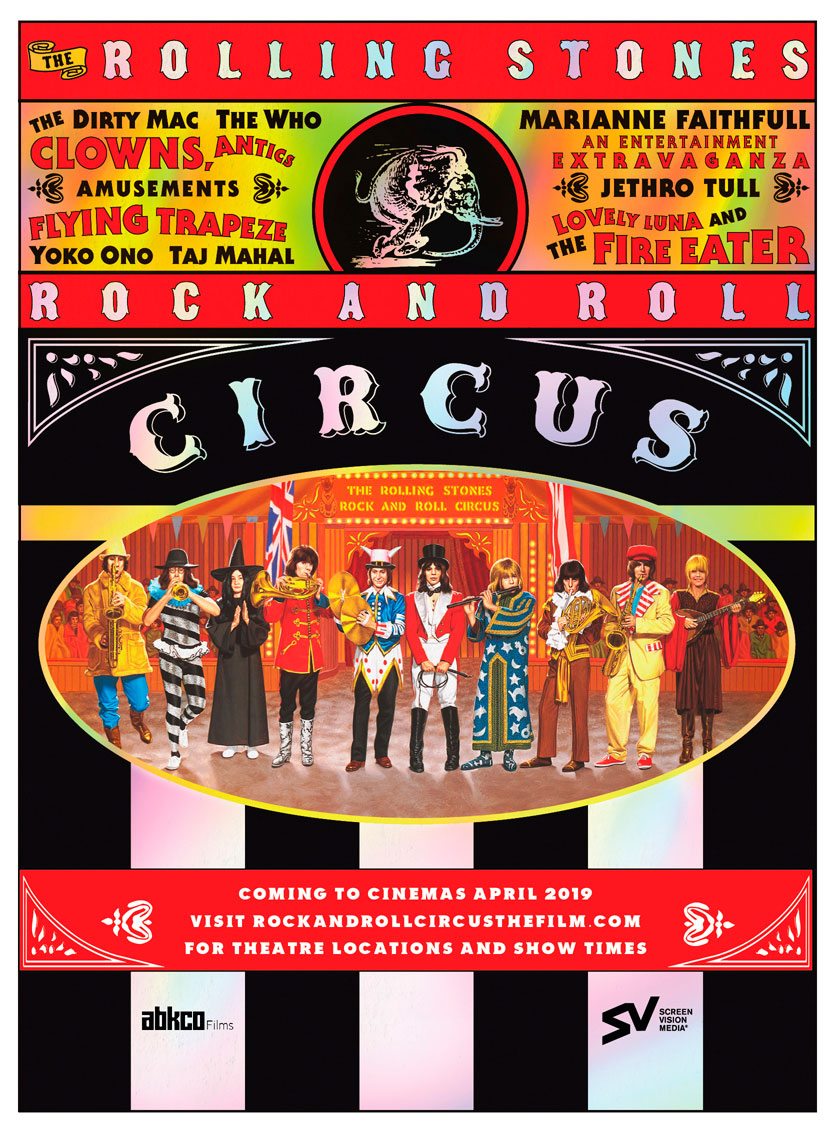 Originally filmed in December 1968, "The Rock and Roll Circus" was originally intended to be released as a television special. The special was filmed over two nights and featured not only the Rolling Stones but The Who, Jethro Tull (with future Black Sabbath guitarist Tommy Iommi filling in for the recently departed Mick Abrahams), Marianne Faithful and an all-star jam featuring John Lennon, Eric Clapton, Keith Richards and Mitch Micthell. Sadly, this also marked the final appearance of the Stones founder and original guiding light, Brian Jones, who would be dead within six months after filming the special.